Ringmaster and manager of the Carnivale

Dr Caligari is the manager, ringmaster and former owner of the Carnivale, which he has operated for more than 25 years. A scholar of the strange and uncanny, Caligari has roamed America searching for unusual and gifted people to join his Carnivale and tell him their secrets.

At some point in the last twenty years, Caligari sold the Carnivale to Delian Sisula but stayed on as its manager. The sideshow continued travelling around America, but many of the folk Caligari recruited now swelled the ranks of the Agency.

Caligari is intelligent and highly knowledgeable in the secret history of the world, including its supernatural truths. He possesses an antique black lantern that can paralyse and disorient others with its light. 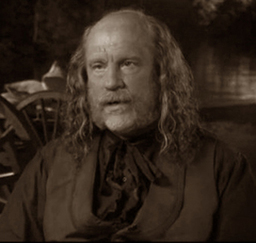