Sarah is the local reporter for the New Mexico Daily Post-Gazette, a newspaper run out of Albuquerque. She has lived in Tribulation for several years and has connections to the mayor and other local figures, including Elijah, Emmett and Glend.

Ever since Delian Sisula came to Tribulation, Sarah has been trying to get at the truth of the magnate’s plans and what they mean for the town.

Sarah is a intelligent, independent and strong-willed woman who refuses to let anything get in the way of finding out the truth. 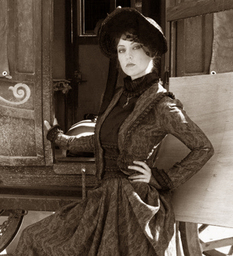